Are you concerned about your amalgam fillings?
Do you feel that  the mercury may be damaging your energy levels? Your general health? Your ability to think?

Many patients are deciding they want to have their silver amalgam (mercury) fillings removed, but this can cause a tremendous amount of mercury to be absorbed by their body, especially through the lungs, nose and eyes and make them ill. To help prevent this, safety precautions should be used so the person won’t swallow or breathe mercury vapor while the amalgam fillings are being drilled out.

Mercury vaporizes at room temperature. As soon as the dentist starts drilling the filling, the temperature soars and the mercury vapor comes pouring off the fillings. The inhaled mercury vapors will be transported through the nose and eyes mucosa into the central nervous system where the mercury will settle down and eventually will cause further disorders.

To prevent this from happening, we take several efficient safety precautions.
The safe removal of amalgam is being done with a maximum degree of safety for the patient especially for those ones with a higher concentration of mercury in the body or for anyone who wishes to avoid inhaling high dosis of mercury during the removal of the amalgam fillings.

With hundreds of professionally managed amalgam fillings removals per year and many years of experience in the amalgam-free dentistry, we are among the leading dental practices in the field of amalgam-free restoration and holistic dentistry in Germany.
If you prefer to pursue metal-free composite or porcelain fillings, whether to replace existing fillings or to restore teeth damaged by new cavities, discuss your treatment options with our skilled dental team. Be sure to address any concerns you may have about safe amalgam removal with Dr. Cos and ask questions about the materials that will be used in place of amalgam. 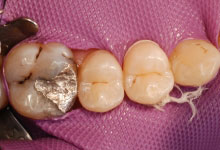 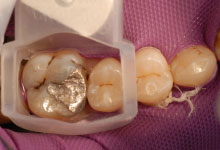 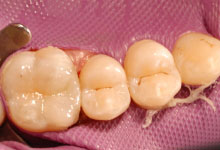 It is well-known that highest mercury exposure occurs in laying and drilling of the amalgam filling. For this reason we use a combination of measures that significantly reduces exposure to mercury vapors released upon removal of the amalgam fillings.
Because during conventional drilling of amalgam this is heated and therefore toxic vapors are being produced, we focus a lot on the professional and safe removal of filling. Thus we offer the so-called SMART amalgam removal in order to protect you against toxic mercury vapours.

IAOMT* Protocol
In our practice, the amalgam removal is done according to the IAOMT (International Academy for Oral Medicine and Toxicology) recommended safety protocol. The IAOMT protocol recommendations for amalgam removal are known as the Safe Mercury Amalgam Removal Technique (SMART).
As a replacement for the old amalgam fillings we use only porcelain or tested and reliable highly biocompatible all ceramic-based composite material which contains none of today’s classic monomers such as BPA, bis-GMA, TEGDMA, UDMA or HEMA. The results can show up: No exposure to mercury vapor for the patient and a sustainable outcome.

For a better protection against the vapours inhalation, we will (if permitted by anatomy of the jaw) lay a rubber dam (a rubber strap on plastic or metal frame). The rubber dam isolates the teeth and separates this area from the upper respiratory tract. By drilling resulting vapors and dust can thus not be inhaled. Because inhaled mercury vapor is many times more dangerous than the mere swallowing of this heavy metal. For patients with latex allergy, we offer rubber sheets made of silicone.

The drilled filling residues are removed with a specially adapted canula (Clean-up system from Sweden). A flexible plastic cover surrounds the tooth from the four sides and is connected with a powerful vacuum elector. This ensures that the filling and cooling water mixture is sucked off without residue. Clinical studies show that using the Clean-up system the distribution of abrasive dust in the oral cavity during the drilling of amalgam up to 10 times lower is than by using a ordinary suction cannula. Mercury vapours and dust are removed completely directly at source.

In addition we will provide the patient with piped–in oxygen, so you do not have to breathe the air directly over the mouth during amalgam removal. To manage this we will be using an oxygen mask or a nasal cannula (tube) and an oxygen generator. The oxygen will dilute the mercury vapor remnants and prevent them to be inhaled.

We will use for amalgam removal only for this purpose developed drills Made in Germany with a special cut geometry. Thus we achieve the minimum heating of the filling and ensure a low release of mercury vapors. The sophisticated cutting geometry prevents a smudge or clogging of the drill and prevents the formation of additional heat.

We will drill as little as possible and as much as necessary. The removal of the amalgam filling by breaking it into large pieces with hand or rotative tools has priority. The levering has the advantage that toxic mercury vapors can no longer be generated. Thus, this method provides the lowest risk for the patient against inhaling mercury vapors. If we remove an old amalgam by slicing across it and dislodging big chunks, we will aerosolize less of the contents than if we grind it all away.

Of course, the drilling of the filling takes place under constant cooling with water and low speed range in order to avoid overheating. By keeping the amalgam filling under a constant water spray while cutting, we manage to hold the temperature down, and reduce the vapor pressure within the mercury.

You’re probably thinking, “Holistic dental care like this must cost a fortune!” Well, we think everyone should have access to great, affordable dental care. That’s why we work hard to offer our patients competitive prices. To sweeten the deal we take all major credit cards and for german residents we offer interest free third-party payment plans.

How much does safe amalgam removal cost?

Get your old amalgam fillings removed with safety measures according to the IAOMT protocol and replaced with monomer free composite resin for as low as 99 Euro per filling**.
However the easiest way to find out what it would cost to safely and permanently remove your mercury amalgam fillings and replace them with beautiful tooth coloured biocompatible ceramic reconstructions or composite fillings is to get in touch with us.

*The IAOMT promotes mercury-free, mercury-safe, and biological/biocompatible dentistry through research, development, education, and practice. Based on up-to-date scientific research, the IAOMT has developed rigorous recommendations for removing existing dental mercury amalgam fillings to assist in reducing the potential negative health outcomes of mercury exposure to patients, dental professionals, office staff and others. The IAOMT’s recommendations are known as the Safe Mercury Amalgam Removal Technique (SMART).

**This presupposes that the patient has a german public insurance plan.

Meet the dentist Dr. Cos is the dentist in charge for our english speaking patients in our office. Learn more about him and his qualifications... 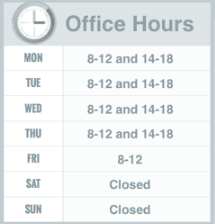